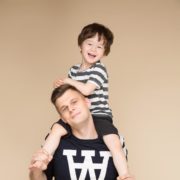 The webcam debate and the no powerpoint challenge

In June, at the end of Block 4, I asked students why they switched their cameras off while taking an online class. Here’s the one answer that really surprised me:

Most of my summer, I spent trying to make sense of this answer. I found it shocking, especially because I had suffered a lot from having to talk to a black screen for months. Students do deserve a fair answer, though, and I agree that it took me a while to find mine.

This blogpost tells you about an important insight I came to and about a challenge that helped me discover why (I think) students do really benefit from keeping their webcams on. See also here for further discussion.

Roos Beerkens told me that she didn’t use powerpoint presentations at all but used her online time to have group discussions with her students on assignments they’d prepared in advance. She said she was very happy with the interaction she had been able to build up. What Roos’s observation made me realize was that I had used powerpoint far too much – in one course practically 100% of the time. This may seem innocent enough, but it is not. By using powerpoint all the time, I had prevented students from seeing the gallery view (i.e. the view including all students) and I had prevented them from seeing themselves as part of a learning community (a virtual one – but still). Realizing this made me feel sad: I knew students had had a hard time dealing with online teaching – just like me – but I had no idea that part of the explanation could be based on decisions I had made and that my suffering might be just the same as theirs.

In my defence, the gallery view of Teams was fairly limited at the time (far from the 49 participants we should be seeing now) and not all courses lend themselves to discussions. I took the insight quite seriously though and decided to come up with a personal challenge, viz. to teach an online course in Teams without projecting a powerpoint presentation and to see what it could bring me and the students.

The no powerpoint challenge

The course I selected for my challenge was an Utrecht Summer School course of 5 times 2,5 hours. Except for discussion sessions on Days 1 and 2, it was mainly organized around powerpoint presentations.

Not having any visual support was not an option so I invested in a whiteboard (90×120 cm) on wheels that I put in front of my screen and webcam. To allow myself to move around without being hindered by headset wires, I used my phone’s wireless earbuds. I also added four magnetic folder rings to the whiteboard so that I could add A3 prints of my powerpoint slides in a flip-over style. One week before the course, I sent all slides to the students in handout format so that they could print them and the idea was that we would walk together through the slides. In a way, I would thus keep on teaching the way I was used to, but then without actually projecting the powerpoint presentation in Teams.

All in all, I think I succeeded in the challenge, limiting the time I projected a powerpoint presentation in Teams to half an hour. This half hour was moreover split into three knowledge-clip-like episodes surrounded by ample discussion time in the gallery view.

For me, the difference between the plenary sessions of my Block 4 courses and the Summer School course couldn’t be bigger. I had the feeling that I was talking and interacting with people. I saw how the students were following, how they laughed, how they sometimes felt lost and how I (sometimes) succeeded to get them back on track. I’m sure I missed micro expressions but the difference – at least from my perspective – was phenomenal.

So how about the students’ experience? Did they benefit?

‘Taking classes without hearing or seeing other people is like watching a comedy all by yourself without the laugh track: there’s not even the illusion of a shared experience.’

Why (I think) students should keep their webcams on

I didn’t explicitly ask my Summer School students, but here’s the advantages I think they experienced:

– Taking classes without hearing or seeing other people is like watching a comedy all by yourself without the laugh track: there’s not even the illusion of a shared experience. Seeing other students allows you to partly reconstruct the experience of sitting in a classroom and calibrating your own feelings: you don’t have to guess whether something is hard/easy/boring/funny/…, you can just get confirmation from the reactions of your fellow students. The threshold for asking live questions also becomes a lot lower because you no longer have to wonder whether you’re the only one who’s lost.

– The Summer Course was bringing together complete strangers but they knew each other after five days, despite the fact that they hadn’t been talking to most of the other participants. The reason is simple: they had been able to observe everyone all the time. Who is late? Who is early? Who dozes of ? Who has a cat that likes jumping in front of the camera? I’m aware of the fact that these are not deep human connections but they suffice to establish the type of minimal familiarity that you get in a normal classroom by default.

– Facial expressions and gestures beat the chat box experience by far. In Block 4, I needed to ask students to post an emoticon in the chat box to indicate how they were feeling and I needed them to press the ‘raise your hand’ button to raise their hand. By the time they all had chosen their emoticons, I couldn’t possibly get an overview anymore without first having to scroll through all the answers. And by the time they had raised their hands, I had probably moved to another topic. With webcams on, you can get the same information in a split second, mimicking the way we communicate in a classroom.

The basic reason for keeping webcams on is that it allows students and teachers to get close to the shared experience of a learning community we get in classrooms. I know there are a number of privacy drawbacks but with backgrounds blurred and with our AVG laws in place, my guess is that the advantages outweigh these drawbacks. So in my classes – until further notice – the advice will be to keep webcams on ?

– Students generally don’t have printers, so don’t expect them to immediately see the use of printing handouts (they in general don’t have a printer at home). The alternative is to have two screens (one to follow the class and one to keep up with the handouts) or one very big one. I think discussing the options and explaining the benefits really does help.

– Custom backgrounds in Teams are a good alternative to powerpoint if you organize your classes around a (limited) number of speaking images.

Teams opnamen in SharePoint of OneDrive